Peach Pie is an American classic dessert recipe with fresh peaches with cinnamon brown sugar filling topped with a second pie crust and sanding sugar for an extra crunch!

I’ve made all of the classic pies: Blueberry, Southern Pecan, Key Lime, Banana Cream, Apple, Pumpkin and Mixed Berry, and now it’s time to complete the list with a rich, delicious Peach Pie. Get the Vanilla Ice Cream ready, this one’s going to be a hit. 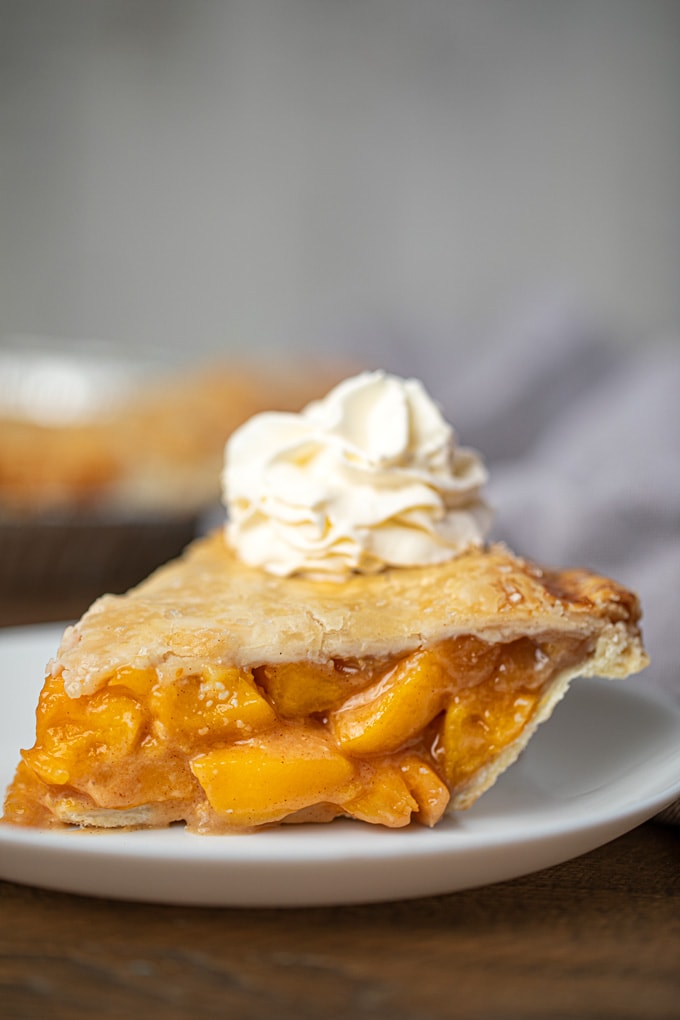 A favorite in the American South (especially Georgia, “the Peach State”), peach is a classic fruit pie that is rich and sweet. My recipe is quick and easy, even if you don’t have a lot of know how going into it. You can use fresh peaches or, if it isn’t peach season, frozen peach work just fine (canned peaches have a much different texture, so I would avoid them if possible).

It’s hard to beat homemade pie, and this particular pie recipe may end up being a new favorite.

Looking for non pie dessert recipes? Next time you should try my Tres Leches Cake, Easy Chocolate Cake or Easy Banana Bread (No Mixer!) – They’re all crazy fan favorites on the site!

HOW TO MAKE PEACH PIE 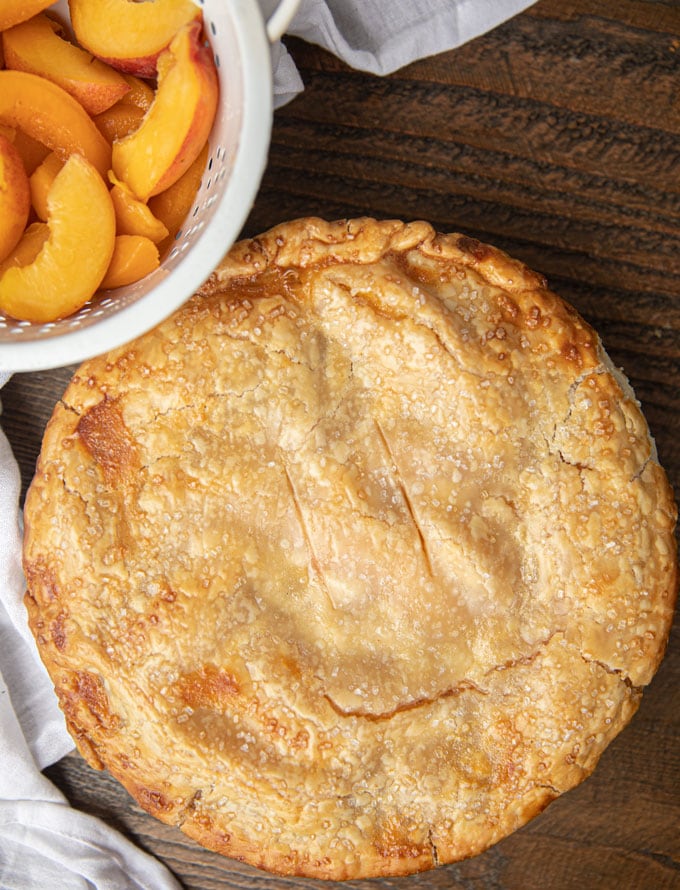 Serve it up with some homemade Whipped Cream and enjoy. To add a fancy garnish that needs almost no work at all, cut up a second ripe peach, lay the pieces on top of the pie and dust them with 1 teaspoon of ground cinnamon.

If you’re thinking of having a summer BBQ and want to serve Peach Pie for dessert, here are some great recipes to try for your main course.

WHAT YOU MAY NOT KNOW ABOUT PEACHES

HOW LONG IS PEACH PIE GOOD? 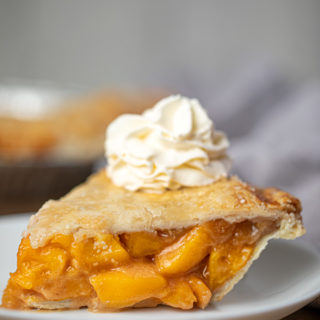