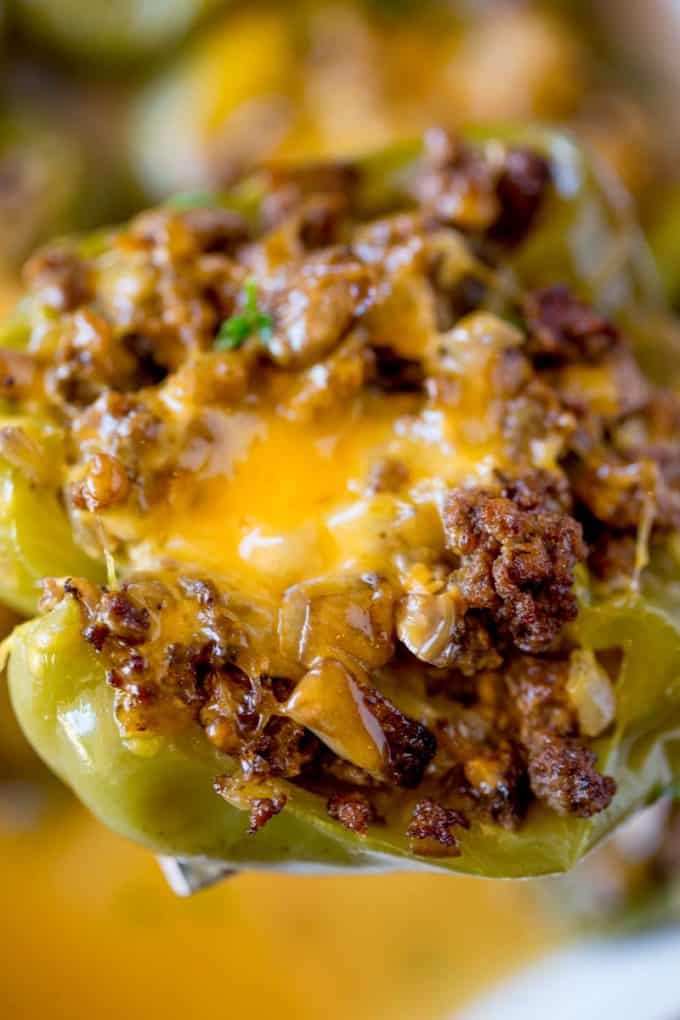 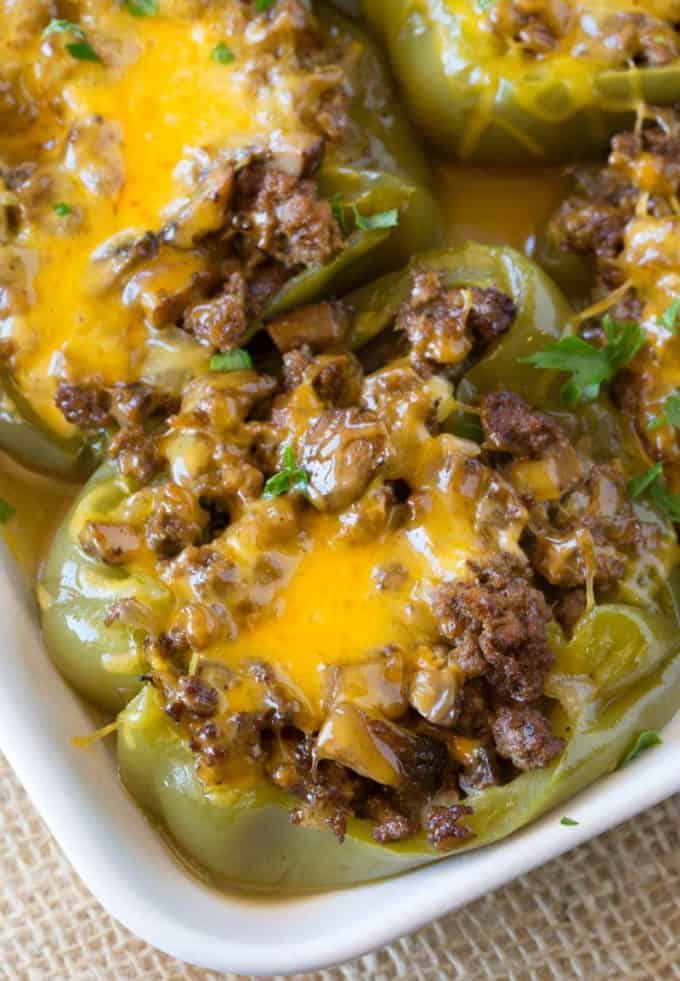 These Philly Cheesesteak Stuffed Peppers give you all the fun flavors of my favorite sandwich except for the bread (which I will be honest I LOVE).

Stuffed peppers are an easy way to lighten a dish without having to give up the cheese! (Psst, I also have Mexican Stuffed Peppers if you want more stuffed pepper recipes)

The meat in these Philly Cheesesteak Stuffed Peppers is cooked completely through, but if you were going to cook the bell peppers with raw meat inside I’d suggest adding 15 minutes to the cooking time.

What would you serve with these stuffed peppers? 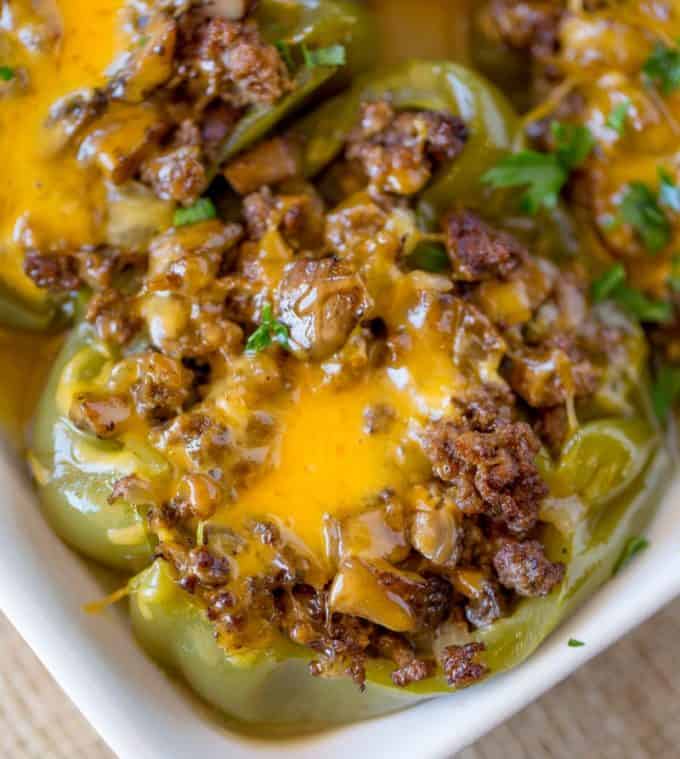 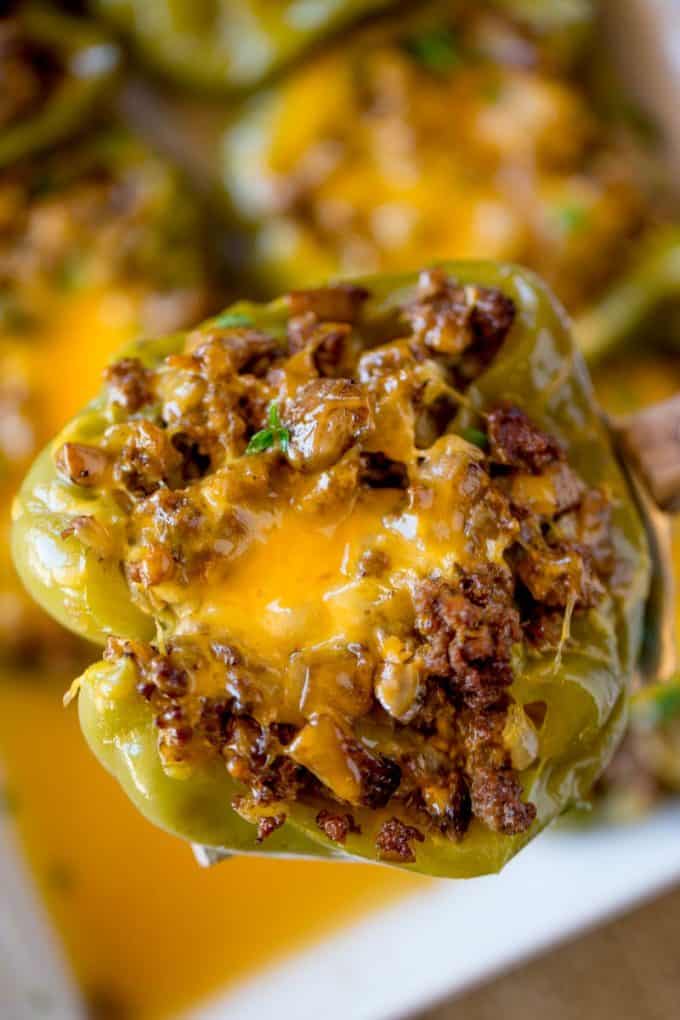 Tools Used in the making of these Philly Cheesesteak Stuffed Peppers:
Cast Iron Skillet: This is my most used pan in my kitchen, heavy, keeps heat well and gives the BEST sear ever.
Chef’s Knife: This knife is one of the three most used tools in my kitchen (tongs and my pig tail flipper are the other two). I love it, I’ve had it for almost 10 years and it is as sharp today as the day I got it. (left column, second from the top). Mind you I love it this much even though I have a ridiculously expense knife set as well.
Worcestershire Sauce: Do not leave this out or sub it for anything else, this is a main flavor component and this brand is my absolute go-to. 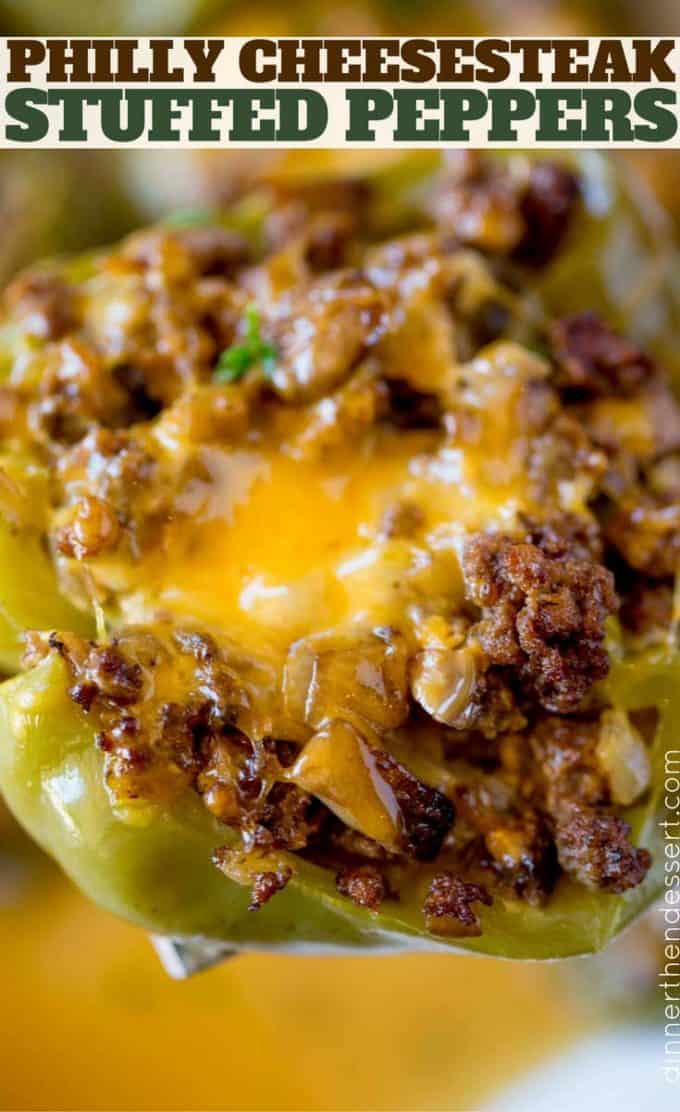 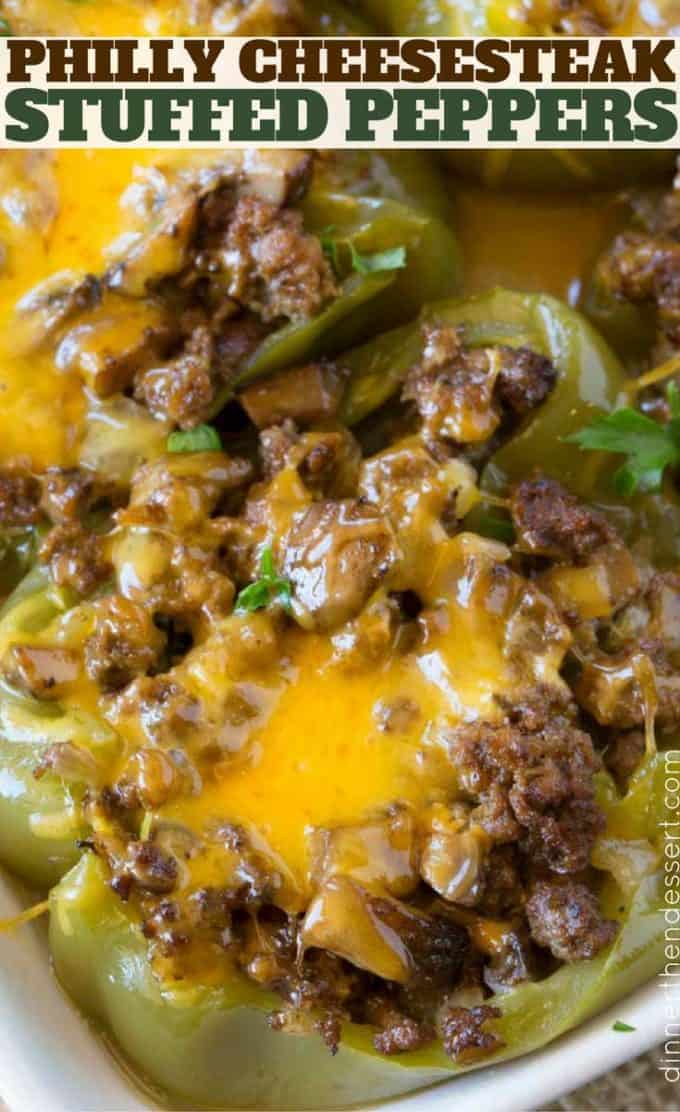 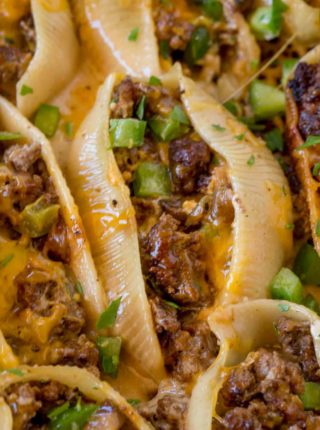 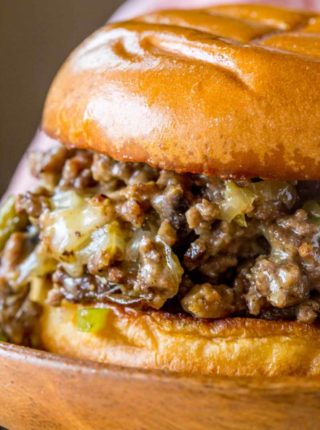 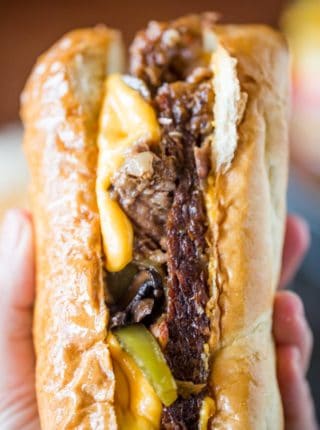 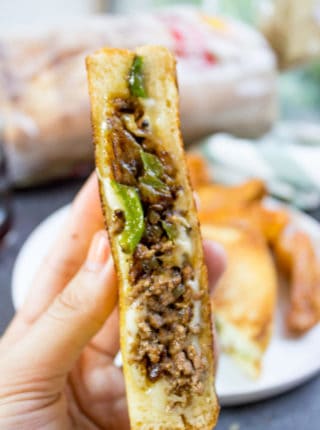